What to Watch this Weekend: Raya and the Last Dragon, Coming 2 America, 7 Kadam – 5 titles to satiate your binge-watching urge 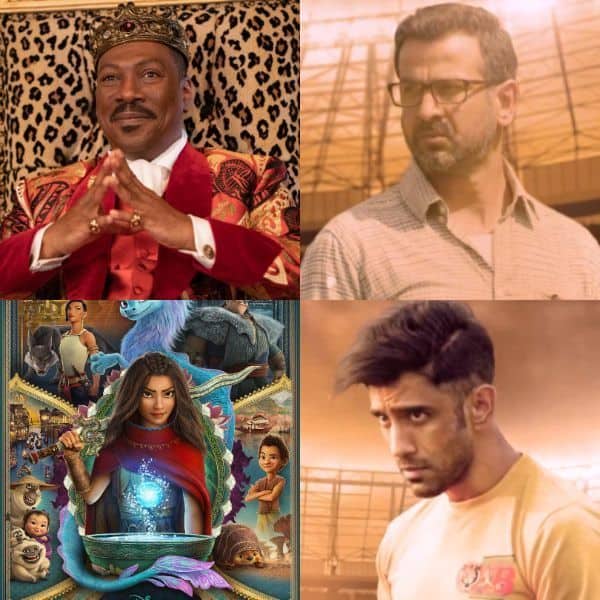 OTT platforms continue to remain the go-to fix for viewing entertainment. Nevertheless, two Hollywood movies will also be making their way to theatres this weekend to try and take advantage of the 100% relief in occupancy at cinema halls officially declared by the government. So, with the deluge of titles hitting streaming services and theatres, it’s our responsibility to bring you up to speed about what should be on your watchlist. Without further ado, here are the five best web series, web movies and theatrical releases to boot that are perfect for your binge-watching needs across this weekend.

Based on the most shocking crimes in American history, this Netflix docuseries explores the nitty-gritty details of said crime that shook the peaceful, non-violent Mormon community along with the entire USA.

Disney’s latest animated offering endeavours to transport us to a mystical, fictional land in ancient times where humans and dragons lived in harmony.

Based on the first of the best-selling trilogy of books by the same name (adapting the first one, The Knife of Never Letting Go), this Tom Holland and Daisy Ridley starrer has already made all the right noises in the leadup to its release, particularly among sci-fi buffs. Moreover, it’s directed by Doug Liman, who gave us The Bourne Identity and Edge of Tomorrow.

If you love Eddie Murphy, and moreover, love his 1988 comedy classic, then you’d be crazy to miss its sequel, even it’s arriving almost 33 years later.

Bringing together two immense talents in the form of Amit Sadh and Ronit Roy as a father-and-son duo with contrasting ideologies, this web series revolves as much around football as it does around human emotions.

We hope you now have the answer to what to watch this weekend. So, which of these releases will be the first on your watchlist? Tweet and let us know @bollywood_life .