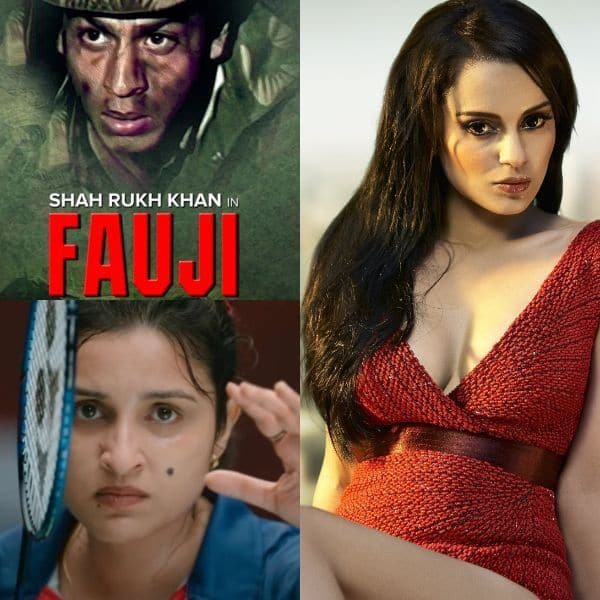 As the sun sets over another bright day, it’s time to look back at the biggest newsmakers in the entertainment world who’ve made it to the trending entertainment news today. From the return of Shah Rukh Khan’s acting debut, Fauji, and the teaser of Saina, starring Parineeti Chopra to Kangana Ranaut being brutally trolled again, Tom Clancy’s Without Remorse trailer, starring Michael B. Jordan and Janhvi Kapoor’s BTS makeup mode from Roohi Bollywood, Hollywood and web series all grabbed headlines to make it to the trending entertainment news today.

So, without further ado, here are the entertainment newsmakers of 4th March 2021:

Starring superstar SRK, Vikram Chopra, Sanjay Taneja, and Vishwahjeet Pradhan, the riveting show, Fauji, delves deep into the life of a military spouse, their budding culture of the military, and how, despite being away from the family, they develop strong, personal bonds.

Kangana recently shared a pic of a refreshing smoothie bowl with her fans that she apparently made for herself. However, no sooner than she uploaded the picture, that she began getting trolled for it by several netizens who suspected that she simply used a photo from Google and never did prepare the dish herself.

Read the full story here: Tom Clancy’s Without Remorse trailer – Black Panther and Creed’s Michael B. Jordan goes on a rampage as an agent with nothing to lose

It’s pretty evident from the Roohi trailer that Janhvi Kapoor is playing some form of spirit or an individual possessed by a spirit, and her makeup has been a huge contributing factor to making us sit up and take notice of her character kudos to the makeup team. So, if you’re among those who’ve been mighty impressed by her makeup in Roohi, then boy, have we got a treat for you with these BTS images from the set of Janhvi in makeup mode…

Read the full story here: Roohi – These BTS images of Janhvi Kapoor in makeup mode will leave you awestruck

When Tyson Fury’s father John Fury confronted Deontay Wilder in heated argument and had to be restrained while shouting: ‘You can’t beat me’