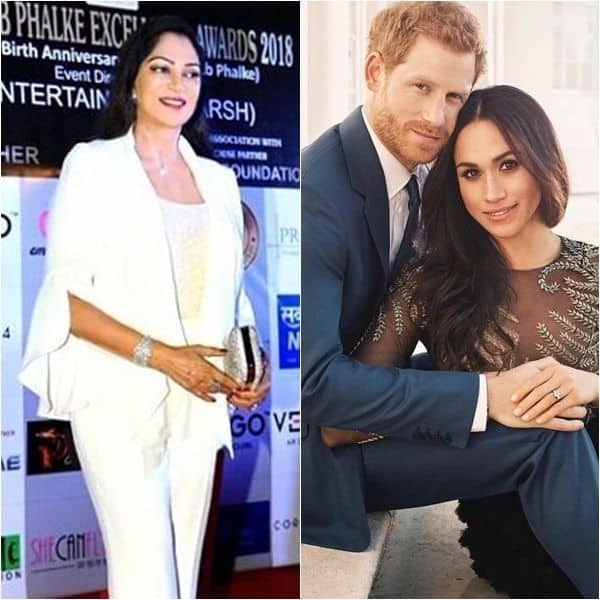 In an explosive interview to Oprah Winfrey, the Duchess of Sussex, Meghan Markle, accused the Royal family of being cold and racist, especially towards her and their son Archie, which pushed the couple away. However, Indian actress-TV host Simi Garewal wasn’t convinced with their claims made by the couple in their 90-minute interview. She called Meghan ‘evil’ in her tweet after watching the video. But her tweet on the Duke and Duchess of Sussex, Prince Harry and Meghan Markle, drew massive flak on social media.

“#OprahMeghanHarry I don’t believe a word Meghan says. Not a word. She is lying to make herself a victim. She is using the race card to gain sympathy. Evil,” Simi had tweeted earlier on Monday. Soon, Twitterati empathising with the former royal couple and their interview, slammed the 73-year-old. Many questioned Garewal’s veracity to make such bold claims, considering the fact that she is not even related to the Royal family.

#OprahMeghanHarry I don’t believe a word Meghan says. Not a word. She is lying to make herself a victim. She is using the race card to gain sympathy. Evil.

In the hotly-anticipated interview which aired on CBS on Sunday at 8 p.m., Meghan said the fear for their child, for whom no security was offered by the Royal family, and the growing scrutiny also had a damaging effect on her mental health, and she claimed going through suicidal thoughts while she was pregnant.

“I was ashamed to say it at the time I just didn’t want to be alive any more. And that was a very real and clear, and frightening and constant thought,” she said in the two-hour pre-recorded interview, adding that the Palace refused to protect her. “My regret is believing them when they said I would be protected,” a teary-eyed Meghan said at the end of the interview she gave along with Harry.

Meghan spoke at length about the issue of Archie’s skin colour. “In those months when I was pregnant, we have in tandem the conversation of, ‘He won’t be given security. He’s not going to be given a title’, and also concerns and conversations about how dark his skin might be when he’s born,” she said, revealing that while the couple didn’t refuse for the official photo when Archie was born, Markle was scared for his safety.

“There was a lot of fear surrounding it. I was very scared of having to offer up our baby, knowing they weren’t going to be kept safe,” she said, adding that the information was relayed to her by Harry, who later in the interview, refused to share the details of the conversation, or with whom he had the conversation, since he felt it would be “very damaging to them”.

“I went to human resources and asked for help and the person told me this. eMy heart goes out to you because we see how bad it is. But we can’t help you because you’re not a paid employee of the institution’,” recalled Meghan.

Ronda Rousey earned more than Conor McGregor in her prime, terrified Mike Tyson and paved the way for Amanda Nunes, Weili Zhang and Joanna Jedrzejczyk in the UFC