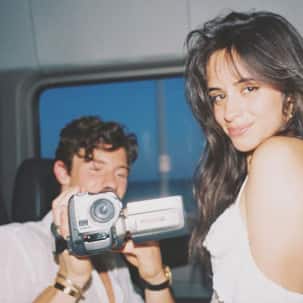 Ever since fans saw Senorita they could not stop raving of the chemistry between Shawn Mendes and Camila Cabello. The couple are also dating, which is like a bonus for them. While they are often spotted together, Shawn Mendes and Camila Cabello do not talk about their relationship in the media. But when it comes to social media, they are quite open. On the occasion of her birthday, Shawn Mendes let go off all his reservations to profess how much he loved her. In a post, he wrote, “Happy birthday to the kindest, bravest and most beautiful person I’ve ever known. I love you more every day mi vida.” Well, Mi Vida means My Life in Spanish. While Camila Cabello is a Cuban-Mexican raised in Cuba and Miami, Shawn Mendes has Canadian and Portuguese roots.

Shawn Mendes and Camila Cabello knew one another from 2014. It seems he was a shy loner then, and she was his only friend. Things started gaining a bit of momentum from 2015 when he said he would like a wife like Camila Cabello. The couple dropped a single that year. I Know What You Did Last Summer sparked off the rumours. He told Rolling Stones Magazine, “I pulled out my guitar and we were just messing around, not really thinking about writing a song.” In 2018, he called her his fave person and stated, “I don’t think you’ll ever meet somebody who can feel emotion like her, in all aspects. She can feel hurt like no other, but she can feel love like no other.” This social media love translated into the steamy Senorita. Post that, they were seen walking hand-in-hand in West Hollywood. #ShawMila is a fave of many teens the world over. After that, they confirmed that they were in love without taking names of each other. Camila Cabello told Elle, “People can say whatever they want to say. They can speculate, but at the same time, we are going to live our own lives, enjoy it, and fall for each other like nobody is watching. That is how I want to live. I never want to open the door for people to feel like they are involved. Like I said, I want it to be mine and [his]. That’s why I’m so tight-lipped about it: because I want to protect it.”