Nick Jonas praises BTS and reveals how they have inspired him; ARMY reacts 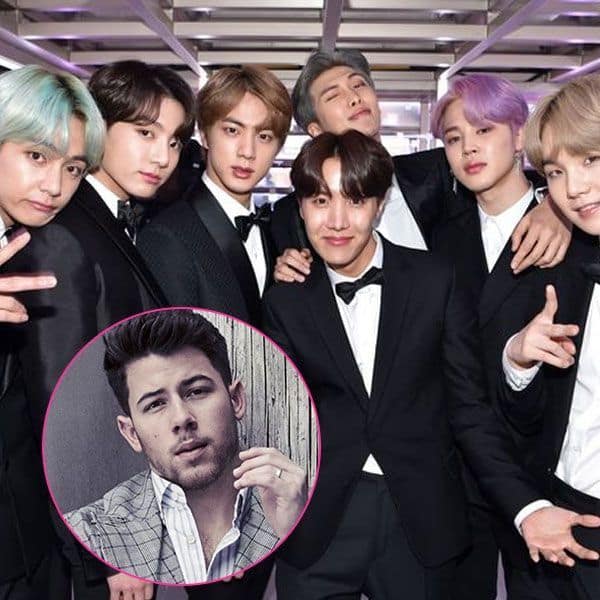 The popular K-Pop band, BTS is currently one of the most hottest properties in the music industry as their songs are creating history across the globe. While we saw several Bollywood and Hollywood celebs praising them, the latest one to join the list is popstar and actor Nick Jonas. While having a conversation on The Morning Mashup hosted by SiriusXM, when asked which song would better as a solo track and which as a group of Jonas Brothers, he answered, “Well, I’ve been getting this question more and more now, because I think it’s surprising to people that I’m doing both – that both can coexist in such a seamless way, but I think that that’s kind of the beauty of this new chapter that the brothers and I sort of set up back in 2019, going back to Happiness Begins, relaunched everything.”

He revealed that BTS has inspired him and added, “I actually look at BTS, for instance, and I went to one of their show, the Rose Bowl (in) California, a couple of years ago and it was cool to see them, you know, kind of doing their individual songs and then coming back as the group and doing their songs together. And then, you know, just that ability to have that freedom as a group is really rare.”

This comment of Nick Jonas won the hearts of ARMY as they thanked the Sucker singer through their tweets on the micro-blogging site. Here are some of them…

I really love to see one artist respecting another, and it’s clear from experience that Nick Jonas can see the unique dynamics and teamwork BTS share?

I really LOVE this guy! He’s so honest always when he talks about BTS, i like his music and his personality too, big RESPECT #NickJonas

the fact that nick jonas got inspired by seeing BTS members get solo performances for their songs & goes back to the group for their team gigs – IDK, I’ve always known that the way they go about things were DIFFERENT. but to have a celeb get inspired by it – it SPEAKS VOLUMES

Cheltenham odds boost: Get 50/1 for Appreciate It to win or 20/1 to finish in the top three

easyJet opens flight bookings up to September next year