Gone Girl star Rosamund Pike opens up about her breasts being enlarged, and eye color, changed, without her permission 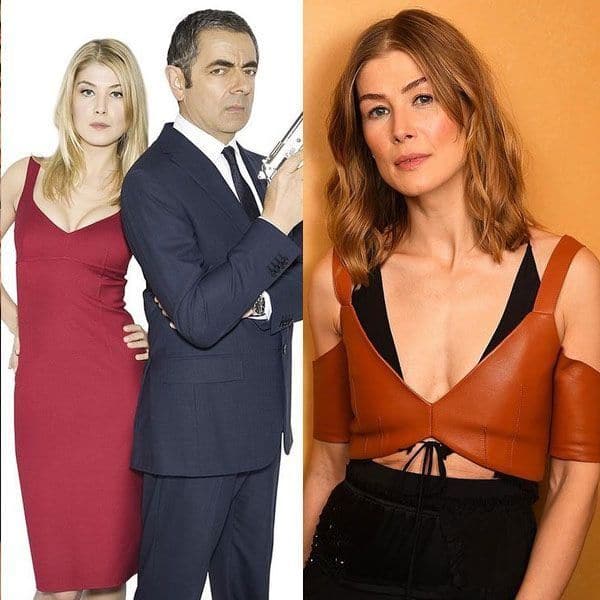 While promoting her new Netflix movie, I Care a Lot, Oscar nominated actress Rosamund Pike made some shocking revelations on The Kelly Clarkson Show about how her images having been morphed on several occasions by Hollywood studios sans her permission. “I was on a flight the other day well, when I last flew which was over a year ago but I was on a flight with this guy and I took a selfie and he looked over my shoulder when I didn’t know and said, ‘Oh no, babe, you gotta Facetune that.’ I said, ‘Sorry, what?’ That was my introduction to the world of Facetuning which I then realised has often happened we are body-tuning.”

The Gone Girl actress continued, “In the poster for Johnny English, my breasts were augmented. In the poster, they’re kind of caricature, I’ve got a very impressive chest which I don’t have. For Radioactive, strangely, they made my eyes brown. I still don’t quite know why. Those are the obvious times, right? When you do notice, ‘Oh, I’ve got brown eyes’ or ‘I’ve got massive breasts’. But there’s probably countless times where our image is doctored and we don’t notice it. Because, I think, we’re all losing our grip on what we really look like.”

Concurring with Roasmund Pike, host Kelly Clarkson, added, “I’ve had the same thing done to me on album covers and magazine covers and I have no part of it. Like I’m totally fine with what I look like. It bother me that these images are created without my consent. I don’t know how to use Photoshop; I don’t even know how to Zoom. My assistant has to do it for me. So like, I don’t know how to do any of that stuff.”

So, what’s your take on actresses being photoshopped by big-time movie producers and magazine editors. Tweet and let us know @bollywood_life .

Liverpool vs Chelsea odds boost: Back Liverpool at 11/1 or Chelsea at huge 16/1 in 888 Sport betting offer

Astronomers Locate Source of Hazardous High-Energy Particles in the Sun