FIRST LOOK of Natalie Portman as Jane Foster aka Mighty Thor from sets of Thor: Love And Thunder has Twitter thundering 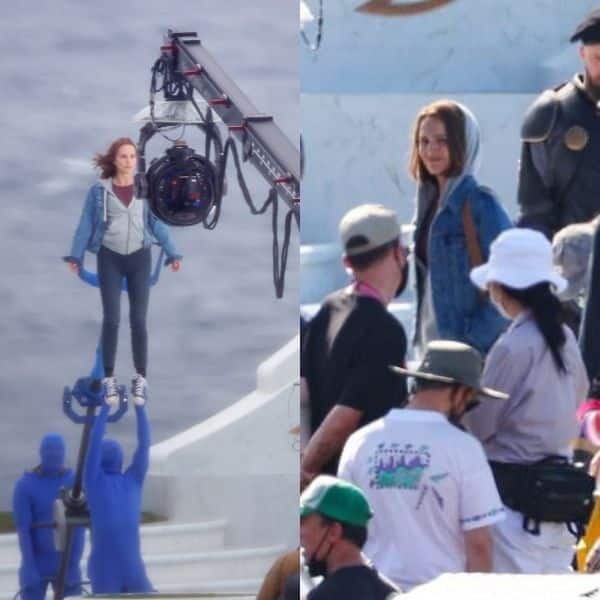 Ever since Marvel announced Thor’s next film, Thor: Love and Thunder we have been waiting with bated breath to learn some or other deets about the American Superhero franchise film. More so because it was said that Natalie Portman who wasn’t a part of the previous film will return and she’d be playing The Mighty Thor. In the first two films, Thor, and Thor: The Dark World, Natalie played Thor aka Chris Hemsworth’s love interest. Now, just a couple of hours ago as per the American time zone, a few pictures from the sets of Thor: Love and Thunder were dropped on the internet. The pictures consist of Natalia Portman which has set the fingers typing on Twitter. Fans of the franchise and Marvel movies who have been waiting for some inside scoop are in for a real treat as it is the first look of Natalie Portman as Jane Foster from the new movie.

The Twitter handle of Thor: Love and Thunder News shared the pictures. Talking about which, Natalia Portman is seen flying in the air. The actress is seen wearing a purple tee along with a cardigan, a denim jacket, and pants. She looks like some divine force of energy in the pictures. “Our first look of Natalie Portman reprising her role as Jane Foster aka The Mighty Thor in Thor: Love and Thunder,” the Twitter handle captioned the post. Have a dekko here:

Our first look of Natalie Portman reprising her role as Jane Foster aka The Mighty Thor in Thor: Love and Thunder

Stunning right? So, we will see the transformation of Jane Foster in Thor: Love and Thunder. Meanwhile, earlier in an interview, Natalie Portman had given a little hint about her character saying, that Jane Foster would be facing some health issues in the upcoming Marvel film. “I can’t tell you that much. I’m really excited,” she had said while adding, “‘m starting to train, to get muscles. If there can be all these female superheroes, the more of them they are, the better it is. I’m trying to think it’s based on the graphic novel of The Mighty Thor. She’s going through cancer treatment and is a superhero on the side.”

On a scale of 1 to 10, how excited are you for Natalie Portman’s Mighty Thor?

Greening joins On the Beach as non-executive director