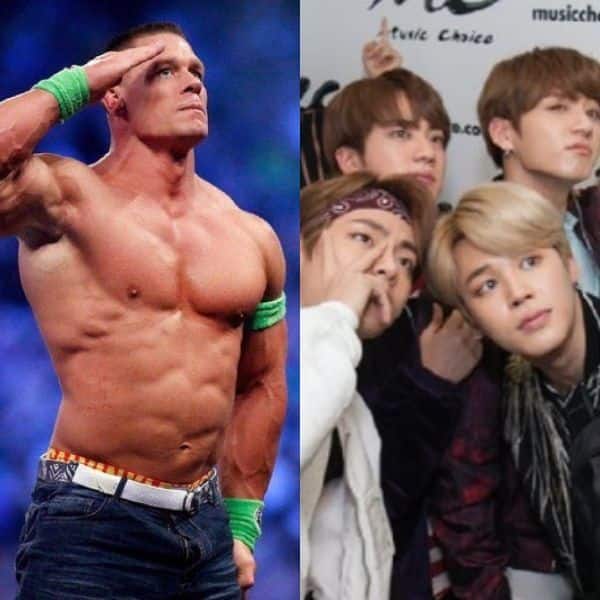 BTS is one of the most popular bands and deservedly so. They have millions of fans worldwide and one such fan is none other than WWE wrestler and actor John Cena. He was present at The Tonight Show Starring Jimmy Fallon in 2020 and showered praises on the band.

He said, “When something becomes a thing, it’s open for criticism and I love what this band has done because they’re this massively popular thing. They’ve been so globally popular for so long, I was like, ‘Okay, I should probably know about this.’ When I started to look at BTS and listen to their music, I was originally drawn.”

The actor-wrestler added, “There are rappers in that crew and they use on some of their Intro tracks, bookend tracks, they use sick*** boom-bap beats and they actually rap. I was like, ‘I kinda like this, it’s great.’ I got interested in their music and then I got interested in what their music stood for. They advocate self-love, they advocate ‘Don’t be afraid of failure’, they advocate ‘You are enough.’ They are trying to shatter the stereotypical difficulties and uncomfortable situations that we go through. They are catering to an audience that is living, the young people. That’s why they are so popular around the world. One, they are great performers but it’s the message they send, it resonates with the people.”

Cena also lauded the band for having the power to influence fans. He said, “On top of that, they’ve developed this global ARMY, this BTS ARMY that is not just geeked out fans. BTS donated a million bucks to the Black Lives Matter and ARMY was like, ‘Yo! If they can do it, we can do it.’ Fans, who are already coming out of their pockets to support artists came out of pocket more to support charity. And, this isn’t the first time they’ve done this. This BTS ARMY charity gives a bunch to philanthropic causes. As an artist, as a performer… Hell man! We have fun, we are doing good stuff. But, if we can resonate through the television to you at home to come out of your pocket to give to a cause, that’s work. That’s purpose. That’s f*****g changing the world. That is impressive. How they conduct themselves as human begins and the message they send to the world is something special.”

Watch as Oleksandr Usyk spars two fighters at once, throws ‘double punch’ to try and hit them both together

Wonder Fungi: Biofuels & Chemical Production From the Mysteries of a Goat’s Gut