BTS BOMB: V aka Taehyung became a childlike on seeing foosball while shooting for MTV Unplugged 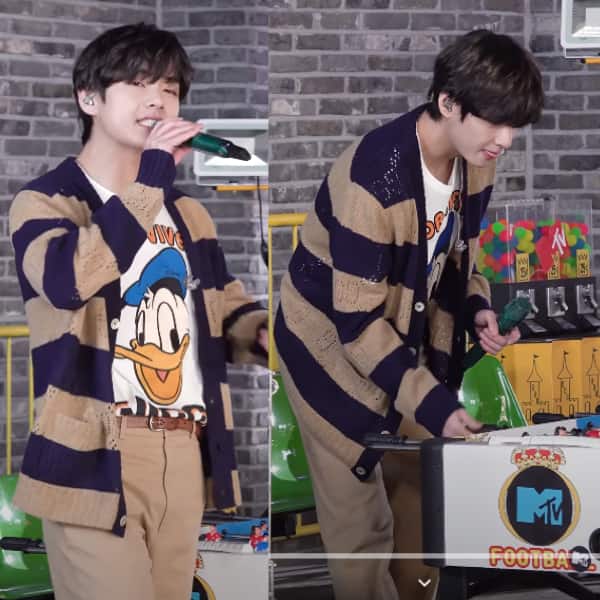 Last month BTS had featured in an episode of MTV’s Unplugged. Therein, they performed on various songs from their latest studio album BE. A couple of hours ago, Big Hit entertainment dropped focus videos of the septet individually in their Bangtan Bomb videos. Yes, you get to enjoy RM, Suga, Jin, Jungkook, J-Hope, Jimin and Taehyung’s focused videos while they shot for Telepathy. Now, we here will be talking about Taehyung aka BTS’ V. The young heartthrob was seen playing foosball on the sets while recording the music video for the episode. He became childlike and even did a victory dance when he made a goal. Later on, we saw Taehyung in the groove as he sang Telepathy with his bandmates. He was thoroughly enjoying and was in his element it seems. In case you haven’t seen the focused videos featuring Taehyung, you’ve gotta have a dekko at it right now.

The Skeleton of the Deadly Malaria Parasite Reveals Its Secrets