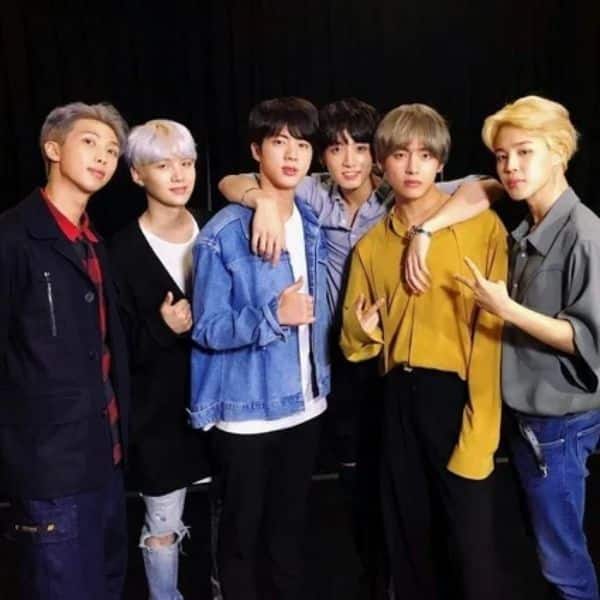 BTS aka Bangtan Sonyeondan is one of the most popular Korean pop-band in the world right now. It is the first Korean band to have earned a Grammy nomination. Grammy is one of the most prestigious awards in the music industry. And guess what? BTS has been listed as one of the bands to perform in the Grammy event called MusiCares. Yes, you read that right. BTS has previously expressed and gushed about how much Grammy’s mean to them. The official handle of Grammy’s tweeted out saying that BTS will be one of the performers in the event. They tweeted out saying, “We’re excited to announce that GRAMMY-Nominated #BTS (@bts_bighit) have joined @MusiCares incredible lineup of #MusicOnAMission performers!” Have a dekko at the tweet here:

The tickets to the event are available on their official website, in case you want to watch the event live from the home screen. Talking about the event, The Recording Academy’s MusiCares is a fundraiser virtual concert that aims to garner funds for the music communities across the globe. Apart from BTS, other artists to perform at the event are John Legend, Bruce Springsteen, H.E.R., Usher and more.

Now, fans are going gaga over the BTS’s performance at the event. They have been trending ‘BTS is coming’ ‘Dynamite is coming’ and more on Twitter. BTS ARMY along with the septet are feeling indeed very proud right now. Twitter is in mayhem and it’s all thanks to ARMY. Have a dekko at their tweets praising BTS here:

I'm kinda scared to be honest. Of they're performing here I don't know why I doubt of GRAMMYS will give them performance stage on GRAMMY night. @RecordingAcad Better announce BTS as a performer for GRAMMY night ?. They deserve it. pic.twitter.com/AmNSkScyKX

let them perform too ? pic.twitter.com/VZYIJ0hSPi

That's amazing. We hope BTS can perform on Grammy Awards too ?pic.twitter.com/xhuA8F4sRZ

Recently, BTS were seen in the MTV Unplugged special episode. Suga had apologised to the ARMY for seeing them perform remotely. BTS were supposed to go on a world tour but the pandemic hit and it got cancelled. “We were supposed to show you these stages at a live concert, so we’re sorry we had to do it remotely, but hope many of you still enjoyed it. We’re grateful that we got this chance to perform live. We really hope ARMY enjoy it.”