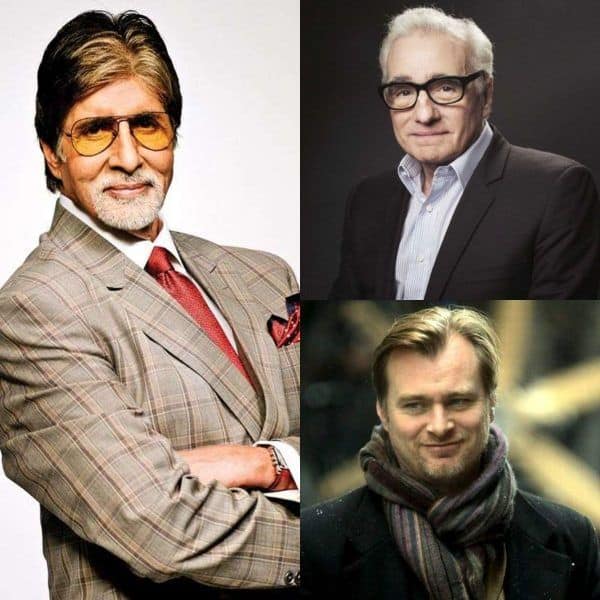 It is a proud moment for all Amitabh Bachchan fans as his efforts will be recognised in the world of entertainment. He would be presented by none other than two stalwarts in the Hollywood film industry, Martin Scorsese and Christopher Nolan. Yes, you read that right. Amitabh Bachchan will be felicitated by The International Federation of Film Archives by the FIAF award for his dedication and contribution to the preservation of films. Both Nolan and Scorsese expressed their delight in presenting the award to the Pink actor in a statement.

As per a report in the Times of India, Martin Scorsese praised the Chehre actor saying, “Safeguarding cinema is a global cause. Amitabh Bachchan’s advocacy for preserving India’s film legacy has been exceptional. With a career spanning over five decades, he is a celebrated actor who has put the considerable weight of his reputation behind the cause of film preservation in India and the entire subcontinent. They could not have chosen a more deserving individual to recognise this year.”

On the other hand, Christopher Nolan said, “I know how imperative it is that representatives of the film industry around the world come together to ensure that we preserve our film heritage. I want to congratulate Amitabh Bachchan on receiving the 2021 honour. He has played an essential role in putting the cause of film preservation on the map in India and the subcontinent.”

On the work front, Bachchan has Chehre alongside Emraan Hashmi, Krystle D’Souza, Rhea Chakraborty, Siddhant Kapoor, Annu Kapoor to name a few. Chehre is directed by Rumi Jaffrey. Amitabh Bachchan also has Jhund, a sports biopic based on the life of Vijay Barse. He also has Brahmastra in the pipeline alongside Ranbir Kapoor, Ali Bhatt, Nagarjuna and Mouni Roy. He also has MayDay alongside Ajay Devgn and Rakul Preet Singh.

What do you have to say about Amitabh Bachchan’s achievement? Let us know by tweeting @bollywood_life.